The residents of Place Farm House have rich stories to tell from their lives and they want these to be re-told and remembered for the benefit of everyone and future generations.

Interview with Beryl Trent at 100

What is your earliest memory?

I think it was probably my 3rd or 4th birthday and I was given a doll for my birthday present and I remember sitting up in my parents double bed in the bedroom and they bought it in. I remember being ever so excited and it seemed so big. We lived in Brighton when I was a small child.

What do you remember about Brighton when you were growing up?

I remember when the roads weren't tarmacked they were all rough stones and dusty, I remember it being uneven to walk on. There were some cars around on the streets but not many. There were still horse drawn carriages. My parents didn't have either as they weren't very wealthy.

I went to school at Commercial College* when I was 12 after going to a private school before that. I remember the classrooms not being very big and they could be quite dark at times. We would often go down to the beach on a Monday with my parents and would have beef sandwiches which were left over from the roast which we always had on a Sunday. The beach was a very popular place to be as it is now. I remember the horse drawn taxi's waiting by the promenade and sometimes my father would take me up to see the horses.

What do you remember of the war?

Before the war I worked at Hove Town Hall which was then I was transferred to the Brighton Town Hall during the war. I had an easy wartime really, there was a lot of short hand typing and administration but it was a busy place of course. I don't remember having any bad times during the war, it was a different life but we weren't bombed. I remember sleeping under the Anderson Shelter in the kitchen and I used to moan to my mum this is silly; I might as well be bombed in my bed and down here in the kitchen!

I married my first husband during the war and he was a bomber pilot. We were only together for three months before he was killed. What was so annoying was they used to do 14 raids on their rota and he was on his very last raid to Germany when he was killed. I didn't find out what happened but some years later I received a photo of his grave in Holland.

What were the favourite times of your life?

Probably my late teens. They were happy times, I didn't have many worries in those days. I enjoyed going to dances at The Regent or The Dome in the evenings, dancing to jazz and swing. It was a happy time to be alive and everyone there would have such a good time. I would be so tired by the end of it. I also enjoyed going on holiday to various parts of Devon when I was an adult, after the war. It is a really lovely part of the world and it was different to Brighton, less busy.

What piece of advice would you give to younger people?

You can't give advice as everyone is different and you don't know what has happened in their life. I have always accepted what has come my way and what is the good of moaning? You have to accept what life gives you. You do make your own life and it's up to you because if it goes wrong it's usually your own fault which you could have done differently.

*Box's Commercial College was a family run college, opening in 1926 and closing in 1969. It was located at 7 St Georges Place on Gloucester Place. 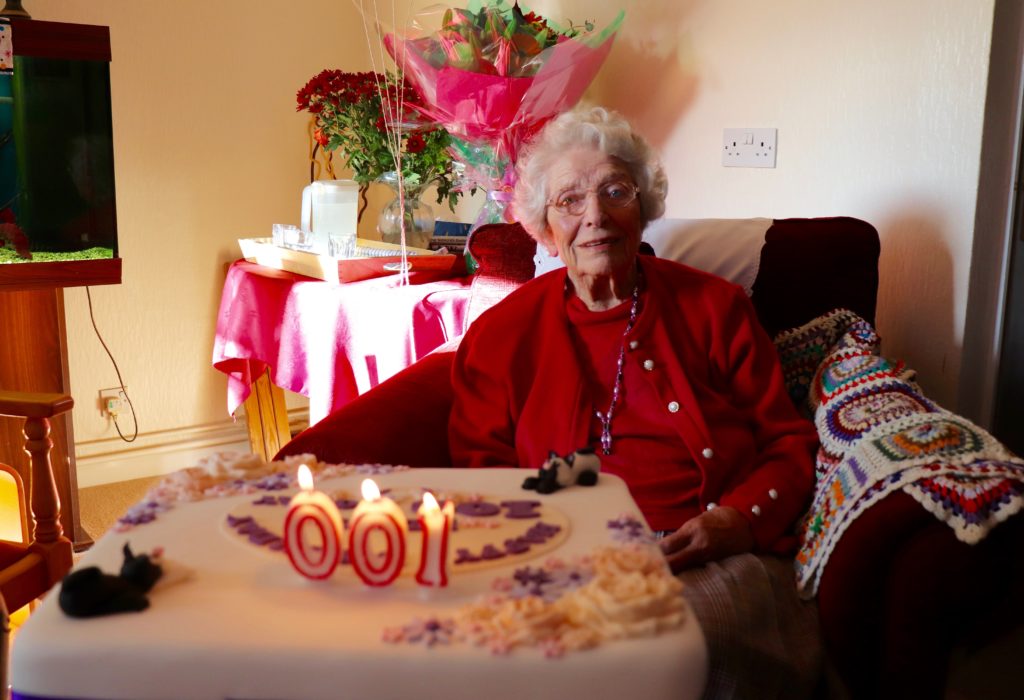 I was 11 when war was declared on the Sunday morning of September 3rd 1939. We heard it on the wireless and they rang all the sirens. I don't know why they did that but everyone ran out into the street but there wasn't anything to see. I had the option of being evacuated to Yorkshire but I wanted to stay in Brighton. A friend of mine was evacuated to Yorkshire for the duration and when she came back she had a Yorkshire accent! I hardly recognised her.

When the Germans started bombing London they would drop any bombs they had left on their way back on places like Brighton. You would hear the thud when they exploded and you just held your breath and hoped for the best. When the siren went at night my father wouldn't get out of bed and my mother kept saying to him "Tom, Tom, get up, you'll be killed". Well he was in the first world war and this wasn't anything to him so he would say "if I'm going to be killed, I'm going to be killed in my bed". I remember the London Road Viaduct being directly hit and a school being almost directly underneath it. That caused a bit of chaos.

During the First World War, my father enlisted into the Sussex Yeomanry which eventually became the Royal Sussex Regiment. He was stationed and Vimy Ridge in France and was wounded at the Battle of Messines Ridge in 1917. He didn't see active service again luckily for me! 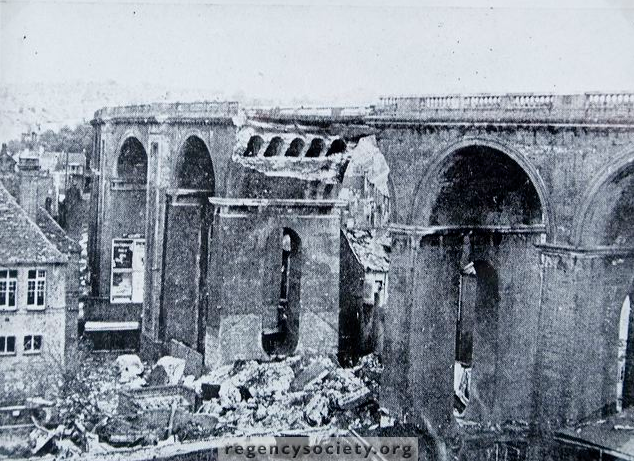 I signed up to join Bletchley Park decoding in 1940 having gone to the Brighton Labour Exchange. We arrived two days before Christmas and worked in the naval section. We had a lot of coding cards and you had to put the right code on the right card so they could go to the coding department and get the whole message. You never had the whole story. You did your bit and someone else would do their bit. We all lived in cabins outside Bletchley Park and were brought in by coach. I remember the cabins being damn freezing and that winter we would make little fires to keep ourselves warm. 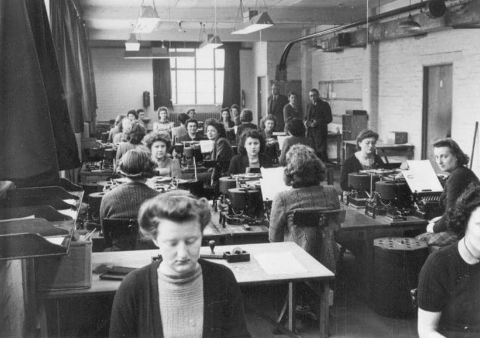 The intelligence produced at Bletchley Park by deciphering the Naval Enigma was passed to the Admiralty and particularly throughout the First Battle of the Atlantic, the code helped track U-Boat packs, considerably reducing the German Navy’s ability to sink the merchant navy ships bringing vital supplies to Britain from America.